Diamonds are forever…
… but how long have they been that way?

The idea of diamond engagement rings is actually fairly new; rings themselves are an established custom dating back to the 8th century, but those were simple, unadorned bands meant to stand as partial payment for the groom’s intended — a reverse dowry.  It wasn’t until 1477 when the Archduke Maximilian of Austria proposed to his fiance with a brilliant diamond ring that that particular sparkly gem made its entrance into the wedding world.

Even after, a lull of nearly 500 years passed in which rings featuring birthstones, plain bands that doubled as the wedding band, and the exchange of thimbles served to signify an engagement — no diamonds in sight.

Enter the De Beers Diamond Company.  After their diamond sales experienced a steady drop for twenty years, they launched one of the first (and most successful) national ad campaigns across the United States.  From convincing starlets to forgo their usual jewels in favor of diamonds in public, to generating reports in the fashion industry of the up-and-coming “trend” of diamonds, De Beers created one of the most misinformative, successful campaigns in modern history — one that has made diamonds nearly the only acceptable stone for a serious engagement ring in the short span of 80 years.

For more info on this amazing manipulation of media, check out Slate’s Wedding Issue.

Again, however, rings themselves truly are a longstanding tradition, one symbolizing eternity, and the (hopefully) unbreakable of the bond between husband and wife.  The presenting of the ring to a woman acts as a representation of how much a man treasures his intended.

One of the main difficulties today’s soon-to-be-brides run into is the frustration of trying to be economical — not necessarily spending 1/4 of your intended’s yearly salary on a stone — while still finding an “original” ring, one as removed from the cookie-cutter style that also won’t break the bank.  This hunt has, ironically, begun to bring the bridal world full-circle (circles!  eternity!  rings!) to more vintage styles and stones.  From colored diamonds to other gems entirely (sapphires, rubies, aquamarine, etc.) to elaborate settings with smaller stones, vintage and antique jewelry tends to have few if any of the sterile lines that modern jewellers tend to promote.

The beauty and originality circulated with each individual story of these rings alone makes them rich in their own respect. In the end, the thing to remember is that the actual retail value of the ring is irrelevant (something again manufactured by the diamond companies); it is the offering of the gift and the intent behind it, the promise of eternity, that makes it truly valuable. 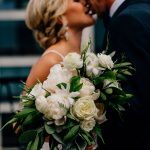 Tradition: Flowers, the Language of LoveTraditions 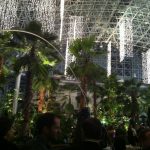