How the white wedding dress tradition started and more…

Fairy tale weddings… at some point, every girl dreams about that fairy tale wedding, and the most prominent feature is the dress.  Specifically, the white, frothy, lacy, tulle and embroidered wedding dress.

The most common wedding tradition recognized today in the western world is that of the wedding dress.  What few realize is that this is actually a recent development in the world of weddings – 200 years new, in fact. Until Queen Victoria rocked the fashionable world by getting married in white in 1840, the prevailing color for traditional weddings was anything the bride deemed her “best” dress, and anything other than white – the bright color was used to symbolize the happiness of the bride, and it could be used for other occasions; pretty, practical, and thrifty.

This was followed by blue, and with this coming into fashion, symbolism in color started to become a factor in the wedding dress as well; blue was seen as a color symbolizing fidelity, honesty, purity, and love.  Until the mid-19th century in fact, white was widely seen as a mourning color, until one popular journalist commented on Queen Victoria’s color choice, saying that her choosing white added a symbolic emphasis on “the purity and innocence of girlhood.”  On a social level, it symbolized the wealth of the family, in their ability to afford an expensive garment that (were one to commit the cardinal sin of spilling and/or otherwise dirtying it) would be nearly irredeemable.

Nowadays, brides are beginning to drift back toward adding color to their special day — accents of red, blue, gold, green, purple, and even black, are showing up to add spice to the White Wedding.  From something as simple as a colored petticoat to a sash, to colors other than white and its variants of ivory and eggshell, are starting to trend up — if you’re looking for a way to add an extra touch of spice to your wedding, be on the lookout! 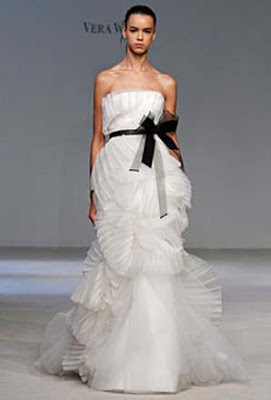 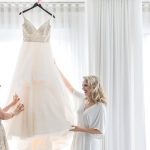 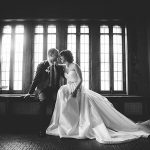 Princes, Knights, and Everything in BetweenNWR - Citygirl Thoughts